From the Moon, the world looks different – new and surprising.

El Perro en la Luna was born with this spirit in 2004.

Today, with over fourteen years of experience, we continue to seek challenges. We’ve produced children’s animated series such as the successful Zamba’s Amazing Adventure, Siesta Z, Pampa Family, Lunatics, Ugo & Serena and more. Our series have earned numerous awards, both at national and international level. We’ve animated more than 4500 minutes.

We believe that in order to convey an idea or a message, it is key to understand the different platforms that exist nowadays.

We’ve achieved all of this and more. But the truth is; we do not intend to stop. 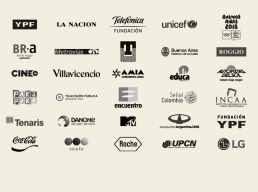